Everything is just a little more magical with Disney...even the trash cans. 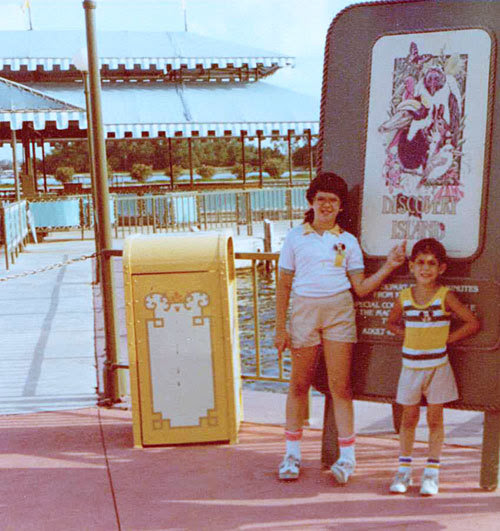 Before they were stars...they were cast members

Great list of some of the famous folks that were once cast members. Can you imagine Robin Williams as a Jungle Cruise skipper?
Posted by Gary Hasty at 10:50 AM No comments:

Attention all you folks with facial hair:
Disney employees now allowed to have facial hair
The Walt Disney Co. is making more changes in their strict dress code policy. Beginning February 3, the decades-old facial hair ban is being eliminated. In 2000, mustaches became acceptable; now, male employees will be allowed to sport beards and goatees up to 1/4 an inch in length. Since the opening of Disneyland in 1955, Disney cast members have been known for their clean-cut "Disney Look", which Walt thought made them look more approachable to guests. The other change happening next week is the introduction of Casual Fridays for cast members who aren't in front-line roles interacting with guests.
Posted by Gary Hasty at 4:27 PM No comments:

Very kewl...Magic Kingdom & DisneyLand will be open 24 hours on Leap Day...and you can also win!!!

We love to celebrate the good life! Families spending time together, sharing hugs, giggles, smiles, and magical moments they will treasure forever in their hearts.
In 2012, we're celebrating Leap Day with One More Disney Day. For the first time ever, we're giving away a vacation every day from January 1 through February 29.
Enter each day for a chance to win a 5-day/4-night vacation at Disneyland Resort in California or Walt Disney World Resort in Florida!*
You're one more day closer to realizing a vacation dream come true for your family if you win.

Posted by Gary Hasty at 1:30 PM No comments: