Current rehabs and closings at WDW

The Fantasyland Forest development in the Magic Kingdom will necessitate the closure of several existing Magic Kingdom park areas in 2011, including Toontown.

Star Tours -- is closed for rehab. The attraction will be updated and reopen around the middle of May 2011. The new experience will be in 3-D, an all-new ride that includes many of the new worlds and elements from the more recent Star Wars movies.
Pixar Pals Countdown To Fun! will debut on January 16, 2011, in Disney's Hollywood Studios. Four Pixar characters not seen in the current Studios parade -- Remy and Emile from "Ratatouille" and Carl and Russell from Disney Pixar's "Up" -- will be included in the new parade. The current parade, Block Party Bash, will have its last performance on January 1, 2011. There will be no parade at Disney's Hollywood Studios between January 2 and January 15, 2011.

Primeval Whirl will be closed for refurbishment January 17 - April 5, 2011.

Typhoon Lagoon will be closed for its yearly refurbishment until January 8, 2011

Blizzard Beach closes on January 9, 2011, for its yearly refurbishment, until March 26.

Posted by Gary Hasty at 6:30 PM No comments:

Email ThisBlogThis!Share to TwitterShare to FacebookShare to Pinterest
Labels: Rehabs and Closings

Well my wife just signed up for the Disney Princess Half marathon in Feb...so here we come WDW.
Posted by Gary Hasty at 11:25 AM No comments:

Email ThisBlogThis!Share to TwitterShare to FacebookShare to Pinterest
Labels: events

Looking for hidden Mickeys is always a favorite past-time...here's one I plan on finding next trip:


At the exit of Toy Story Midway Mania in Disney's Hollywood Studios, check out the back spine of the huge free-standing "Tin Toy" Little Golden Book for a tiny white classic Mickey in the eye of a chicken, the fourth image down from the top of the spine.

Posted by Gary Hasty at 6:26 PM No comments:

Nice story over on Mickey News dealing with some of Disney's fine industrial engineers.  I had an opportunity to benchmark some with them a couple of years ago and can assure you, Disney measures EVERYTHING!


Deep in the bowels of Walt Disney World, inside an underground bunker called the Disney Operational Command Center, technicians know that you are standing in line and that you are most likely annoyed about it. Their clandestine mission: to get you to the fun faster.

To handle over 30 million annual visitors — many of them during this busiest time of year for the megaresort — Disney World long ago turned the art of crowd control into a science. But the putative Happiest Place on Earth has decided it must figure out how to quicken the pace even more. A cultural shift toward impatience — fed by video games and smartphones — is demanding it, park managers say. To stay relevant to the entertain-me-right-this-second generation, Disney must evolve.

And so it has spent the last year outfitting an underground, nerve center to address that most low-tech of problems, the wait. Located under Cinderella Castle, the new center uses video cameras, computer programs, digital park maps and other whiz-bang tools to spot gridlock before it forms and deploy countermeasures in real time.

Posted by Gary Hasty at 2:57 PM No comments:

Email ThisBlogThis!Share to TwitterShare to FacebookShare to Pinterest
Labels: cast members, The Company

A New Year will mean new memories for the Chilean miners whose saga transfixed the world, as they are treated to a hero's welcome and family vacations of a lifetime at Walt Disney World Resort next month. During their complimentary six-night Disney vacation, January 27-February 2, 2011, the miners, their rescuers and immediate families will meet Disney characters, visit all four Walt Disney World theme parks and serve as honorary Grand Marshals of the Main Street, U.S.A. parade in Magic Kingdom. Trapped for 69 days in a collapsed Chilean mine, the men were pulled from the darkness in a miracle rescue. In one of the year's most touching stories, their unbending faith and endurance sustained them throughout the ordeal. The group will arrive to a welcome dinner with characters, dancing and Chilean cuisine prepared by Disney chefs. During their vacation, they also will be treated to a $500 gift card per family, a group photo in front of Cinderella Castle and personal photo albums of their visit.
Posted by Gary Hasty at 6:36 AM No comments:

Email ThisBlogThis!Share to TwitterShare to FacebookShare to Pinterest
Labels: International, The Company

For a limited time! Now through early January, you can schedule a 10 or 20 minute session for you and your pets, posed or candid, at the Best Friends kennel in Walt Disney World. You get all your photos on a Disney's PhotoCD to print at home or use digitally. To book a session before time runs out, call (407) 934-4004. Walk-ins are welcome.
Posted by Gary Hasty at 9:39 PM No comments:

Email ThisBlogThis!Share to TwitterShare to FacebookShare to Pinterest
Labels: Photopass

The Princess Half Marathon

Think my wife is leaning heavily into running this year:

Posted by Gary Hasty at 6:36 PM No comments:

Email ThisBlogThis!Share to TwitterShare to FacebookShare to Pinterest
Labels: events

In some very sad WDW news:

A tourist from Massachusetts was killed when he walked in front of a bus at a Walt Disney World resort.

Authorities say the 69-year-old man stepped in front of a Disney bus traveling through the parking lot at the Port Orleans resort Sunday afternoon. He died at Orlando Regional Medical Center.

The Florida Highway Patrol says there were passengers on the bus, but no one aboard was injured.

An investigation is continuing, but authorities said the man who died was not in the crosswalk and the bus had the right of way.

Posted by Gary Hasty at 5:56 PM No comments: 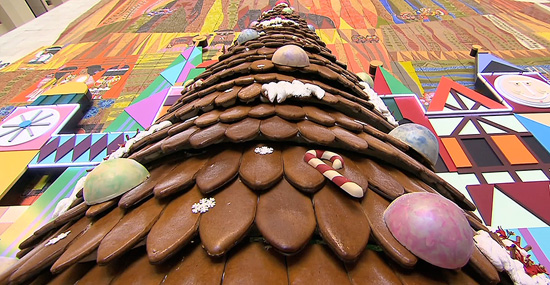 Nice time-lapse video over on Disney Parks.
Posted by Gary Hasty at 4:59 PM No comments: